› Blog Articles › Does going to prison reduce the risk of reoffending when compared with a suspended sentence? 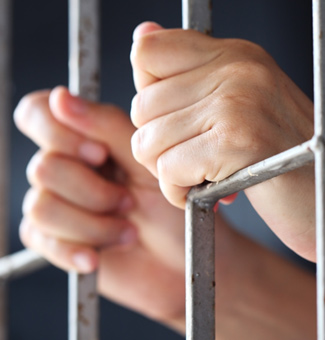 Does going to prison reduce the risk of reoffending when compared to offenders who receive a suspended sentence?

The answer is no.

A study published by the NSW Bureau of Crime Statistics and Research (BOCSAR) has found that Offenders given a suspended sentence are less likely to re-offend than those given a prison sentence of up to 12 months in duration.

The Bureau compared 3,960 matched pairs of offenders. The first received a prison sentence of 12 months or less, while the second received a suspended sentence of two years or less. None of the offenders had previously been sentenced to prison.

The graph below shows the proportion of offenders surviving (people who had not committed a new offence) against the time since they were sentenced. 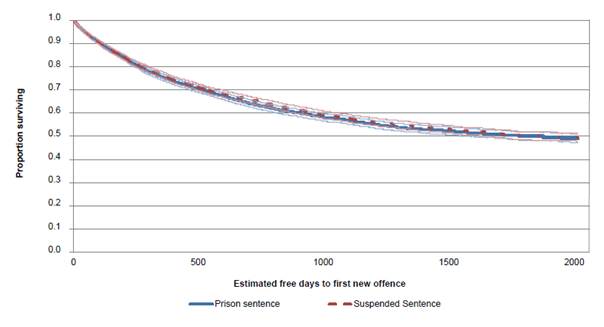 This study reinforces the findings of two previous studies in Australia released in 2009 and 2010 that found evidence that custodial penalties did not reduce the risk of re-offending. A study in the Netherlands in 2010 found that reoffending was significantly higher for people who went to prison and that the difference was still apparent after 8 years of comparison.

The expenditure may well be justified in the case of offenders who are dangerous and or who are serving long (e.g. more than 12 month) sentences.

A large proportion of prisoners, however, are not serving long sentences. About one in six sentenced prisoners in Australia (one in five Indigenous prisoners), are serving sentences of less than 12 months. The bulk (69%) of these offenders are non-violent offenders.”