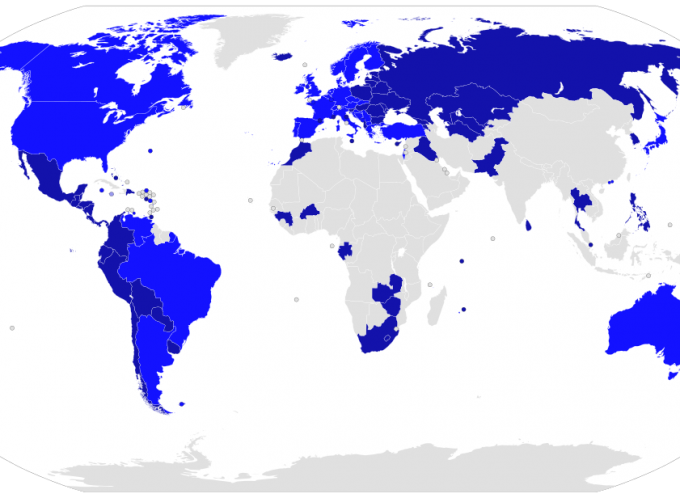 There has recently been significant media attention regarding the case of Garning -v- Department of Community, Child Safety & Disability Services and Anor regarding the application to return four children to Italy, under the Hague Convention.

On 3 October 2012, Justice Forrest of the Family Court of Australia confirmed Orders previously made on 23 June 2011 that the four children be returned to Italy.

The four children had lived in Italy all their lives and were brought by the mother. The father, who thought the children were being brought to Australia for a four week holiday. Upon learning that the children would not be returned and invoked the provisions of the Convention of the Civil Aspects of International Child Abduction signed at the Hague in the Netherlands in 1980, otherwise known as the Hague Convention.

In the Garning case, the Court found, after hearing various arguments that the children should be returned to Italy as the mother had failed to provide evidence to the court any of the exceptions to have the children remain in Australia.

It is important to note that this was not a final judgment regarding the children’s future care and that the judgment did not determine that the four children were better off living with the father.

That was not the Court’s responsibility in this case but to make a finding under law that, pursuant to the Hague Convention, the children were wrongfully removed and retained from Italy and that the children should be returned to their country of habitual residence so that these determinations may be made at a later date.

Australia has long been a signatory to the Hague Convention. As the Court noted in its judgment:

“Many Australian parents whose children are wrongfully removed or retained away from Australia every year benefit from the application of the provisions of the Convention and have had their children promptly returned to Australia. But for the existence of the Convention and its observance by the Court of the signatory States throughout the world, this might not happen. Child abduction, as between separate and conflicted parents, particularly in its international form, has long been recognised as abhorrent and, in itself, not in the children’s best interests. What has happened to the four children in this case, in the last year particularly, in my view, demonstrates the correctness of that recognition”.

The Hague Convention is an international treaty to ensure that children who are wrongfully removed or retained by a parent in another country are returned as quickly as possible to the country in which they reside so that the issues of parental responsibility and living arrangements can be decided in their home country.

Australia has implemented the regulations in the Family Law (Child Abduction) Convention Regulations 1986. These regulations allow the Australian Courts to order a child’s return in circumstances in which it is appropriate under the Hague Convention in the Garning case, these matters were considered by the Court and it was found that the mother had not acted in the children’s best interest in removing them from Italy without the father’s consent.

To make an Order under the Hague Convention, the Court must consider Regulation 16(1) and three conditions must be met:

Subregulation 16(1)(1A) notes that a child’s removal is wrongful if:

All of these requirements were met in the Garning case and the requirements and conditions of Regulation 16(1) were satisfied. Accordingly, the Court was required to order the return of the children to Italy.

The Court, however, has a discretion and there are further powers not to order the return if an exemption is found under Regulation 16(1)(3).

A Court may refuse to make an Order to return a child if:

In the case of Garning, all of these matters were argued before the Court and the Court found against the mother in each application.

International child abduction is an extremely emotional and difficult area of law. However, the Hague Convention provides a safety net for all parents of signatory countries for the return of the children pending formal parenting Orders being made and prevents unilateral decisions of a single parent in relocating children to an international location.

As Justice Colin Forrest noted within his decision:

“These four girls were all born in Italy and lived in the same village since birth until coming here to Australia. In my opinion, the mother’s unhappiness with the parenting arrangements that pre-existed her return to Australia should, most appropriately, be dealt with, if at all, through the Courts of Italy where the family habitually resided. I would, in all the circumstances, order the return of these four girls to Italy”.

The case of Garning was further compounded in its difficulties by the actions taken by the mother and her extended family after removing the children from the father’s care and allegations of involving the children in the Court process.

The children were all interview by a family consultant and their views were put to the court through a Family Report. The Court balances the requirements noted above and found that it was required at law to have the children returned to Italy so that the future care and living arrangements could be determined by the Court in their home country.

With the increasing ease of travel between countries, applications under the Hague Convention are becoming more commonplace.

If you have a family law matter that involves parents of different nationalities or the prospect of international relocation, you should immediately obtain legal advice.

Turnbull Hill Lawyers can assist you with your concerns with respect to another party’s relocation with the children, steps that you can take to prevent your child being taken out of Australia without your consent, or advise you about the appropriate procedures if you wish to relocate internationally with your children.