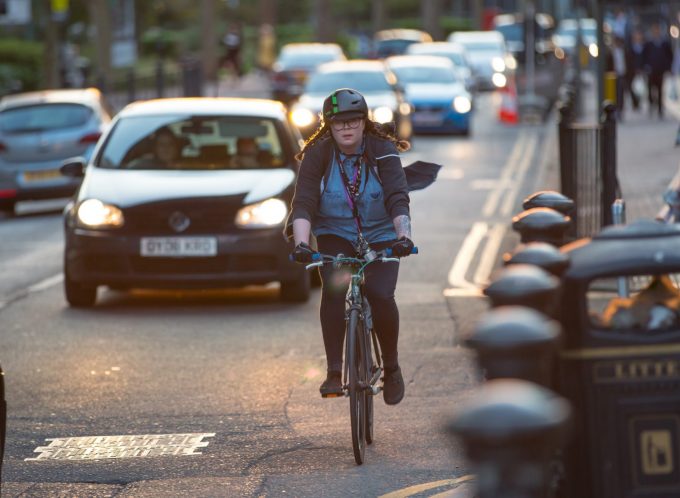 The claimant sued the defendant, claiming compensation for the injuries he sustained in the accident.  The defendant disputed that he was negligent, and in the alternative alleged that the plaintiff was guilty of contributory negligence.

The claimant gave evidence that as the Mercedes approached a road on their left, it had a left blinker on and it slowed down. At that point the claimant proceeded to overtake all three vehicles – the other motor cycle, the utility and the Mercedes. As the claimant was so overtaking, the Mercedes, instead of turning left as was indicated, turned right into a fruit stall. The claimant hit the rear quarter panel of the Mercedes and flew up the road, somersaulting and eventually landing on his feet. He was injured and could not stand up. An ambulance came and took him to Westmead Hospital. He there had surgery for some fractures.

The cousin (the other rider) saw the Mercedes start to turn right but did not see any indicator light on the vehicle. His attention was drawn to the car by it turning right across his path. He managed to stop without colliding with the Mercedes. He stopped just at the driveway entry to the fruit stall.

The driver of the utility told the police that the left-hand indicator of the Mercedes was on as it approached the road on the left.

The defendant (the driver of the Mercedes) said that as he approached the road on the left, he decided to go straight through to the fruit stall a bit further down the road. He thought that the stall was about 50-100 metres further on.

He said he signalled, checked in his side mirror and proceeded to turn. As he was about to complete the turn into the driveway he heard a massive thud at the back of the car. He proceeded slowly further into the yard of the fruit stall. He got out of the car and saw two people on the road and a motor cycle. He could not recall how far before he started to turn that he put his right indicator on. He said that he was going reasonably slowly because he was looking for the driveway.

The judge’s findings on liability (negligence)

The judge made the following findings of fact:

The defendant was negligent

The judge found that that the failure of the defendant to give an adequate right-hand turn signal was a necessary condition of the occurrence of the harm and negligent.

Was there any contributory negligence on behalf of the claimant?

The judge found there was finding that for whatever reason, the other rider could brake heavily and bring his motor cycle almost to a halt just prior to the point of impact. He must have been keeping a proper lookout, and while he had a shorter distance than the plaintiff to avoid the collision, he managed to do so. He would have had a better view than the plaintiff, who was behind him, but he must have had sufficient warning that the right hand turn was going to occur, most probably by seeing the right hand indicator, to stop his overtaking manoeuvre in time.

By contrast, the claimant did not take any steps to avoid the collision, which means one of two things. Firstly, he either did not see the right-hand indicator or if he did he ignored it.

Secondly, the other rider was braking heavily right in front of his motor cycle, and this alone should have warned him that he should have dramatically reduced his speed.

Instead, the claimant approached the point of impact without any discernible decrease in his speed. The plaintiff gave no evidence that he braked at all before the impact. Nor did anyone else give that evidence.

The Judge found the plaintiff was negligent, in that a reasonable person, being given those two sources of a warning about the right-hand turn being made, would have reduced speed and stopped.

The apportionment of liability

The judge found that the defendant was the party primarily responsible for this accident, as by his driving he placed the claimant in an emergency situation when he was overtaking in the northbound lane.

My finding on contributory negligence is that the claimant is 25% to blame for the accident, therefore there will be a reduction of 25% in the compensation awarded to the plaintiff.

If you have any questions regarding the above, or find yourself in a similar situation, please do not hesitate to contact me or the team at Turnbull Hill Lawyers.