› Blog Articles › Man not wearing seat belt has his $1.5 million payout reduced by 25% for contributory negligence 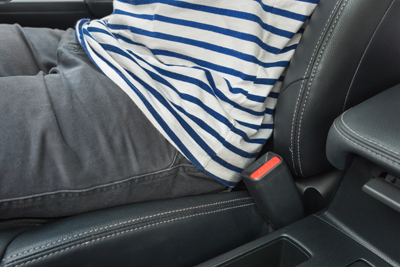 In August 2011, a male aged 35 (the Plaintiff) was involved in a serious motor vehicle accident that led to him sustaining a number of catastrophic injuries. At the time of the accident the Plaintiff was a passenger in a vehicle being driven by his, which had been driven by his friend (the Defendant).

Prior to the motor vehicle accident, the Plaintiff, Defendant and another man had all been fishing and drinking beers at Sandon River. The 3 men decided to drive back to the Plaintiff’s house, which was located 10 minutes away. They entered the Defendant’s vehicle and began driving along the beach, eventually running into a washout (a patch of sand washed out by tidal influence). The vehicle overturned sideways and crashed into the ground.

The Plaintiff had not been wearing a seatbelt and, as a result, was ejected out of the vehicle as it overturned. The vehicle rolled on top of him and rendered him unconscious. Soon after a wave from the beach washed over him and woke him up. He then found the other 2 men and dragged them to safety. Eventually another vehicle came by and its occupants rendered assistance and called for help. The Plaintiff was then flown by an air ambulance to a nearby hospital and admitted to the intensive care unit.

The Plaintiff was found to be suffering from numerous injuries, including, but not limited to: severe chest injuries, rib fractures, deep frontal lacerations, a temple fracture, liver lacerations and a vertebral fracture. As a result of these catastrophic injuries, the Plaintiff spent 31 days in hospital before being discharged.

While the Defendant admitted liability, the parties ended up agreeing that the Plaintiff contributed to his own injuries by not wearing a seatbelt and by entering the vehicle when he was under the influence of alcohol.

It was agreed that this contributory negligence warranted a 25% reduction in compensation.

In the end, the Plaintiff was assessed as having suffered losses equal to $1,577,670 in compensation, which was reduced by 25% because of his contributory negligence to $1,183,250.