› Blog Articles › Woman injured by an unidentified motor vehicle suffers over $500,000 worth of losses 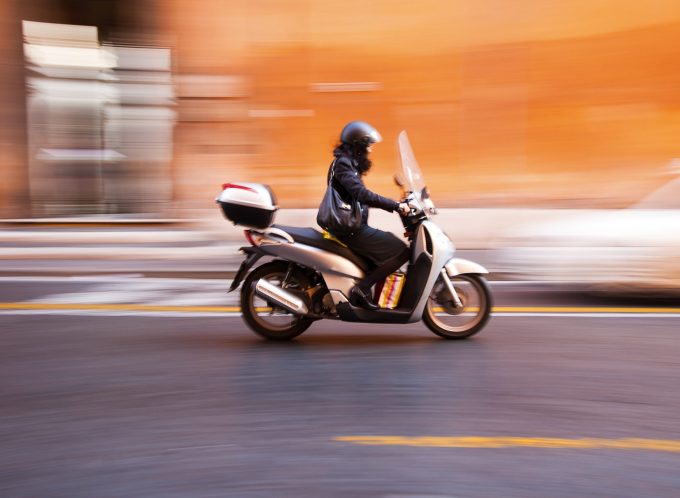 In April 2016 a judge of the district Court of New South Wales determined the claim for compensation of a young woman who was injured on her daily ride to work.

The claimant, a female recruiter aged 32 (the Plaintiff) left her apartment early on the morning of 25 October 2011, intending to ride her scooter to the gym before heading to work. On the way to the gym she was involved in a serious motor vehicle accident and woke up in hospital with no recollection of the events that led to her being there. The only thing she could remember about that morning was that it was overcast and that her scooter’s light was on.

An investigation determined that the accident was caused by another vehicle. However, that vehicle was never identified, even after a search was conducted. This meant that the Plaintiff was entitled to seek compensation from the Nominal Defendant.

The Nominal Defendant is:

“a statutory body established to compensate people who are injured as a result of the negligent driving of an unidentified and/or uninsured motor vehicles”.

Following the accident, the Plaintiff was found on the side of the road by a third-party. At the time, she was suffering from facial lacerations, lacerations to her body, confusion and amnesia. She was then taken to hospital by an ambulance and underwent a series of scans. The scans revealed a minor fracture in her spine and some damage to her knee.

The Plaintiff was eventually discharged from hospital with a cervical collar, which she wore for a further four months whilst taking pain killing medication.

In December 2011, after resting for 6 weeks, the Plaintiff saw a Doctor who certified her as being fit for suitable duties, 3 hours per day and provided she had taxi transport to and from work. The Plaintiff returned to work soon after.

In July 2012, another Doctor determined that the Plaintiff would require ongoing physiotherapy for a further 4 to 6 months in order to return to her pre-injury level of fitness and capability. The Plaintiff commenced physiotherapy soon after.

The injury sustained by the Plaintiff have already had a significant impact on the plaintiff’s life and will continue to do so. By the time the judge determined her claim, she had suffered a past loss of income equal to $194,000 and the judge assessed that her future loss of income would be of the order of $200,000. Loss of income made up the bulk of her losses which in total amounted to $502,674.96 made up of loss of income, loss of superannuation, past and future treatment expenses and past and future domestic assistance.