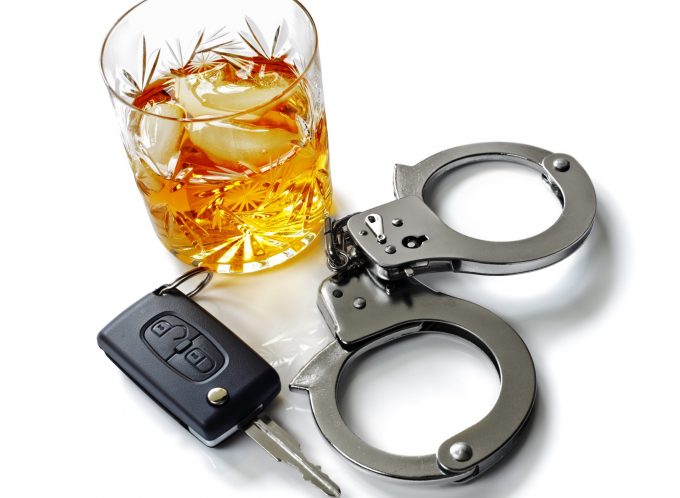 An alcohol interlock is an electronic breath-testing device connected to the ignition of a vehicle. To start the vehicle, the driver must pass a breath sample that the interlock analyses for the presence of alcohol before the vehicle will start. Randomly timed breath tests must also be passed during a journey.

Since September 2003, the NSW Alcohol Interlock Program has provided eligible individuals convicted of drink driving offences the opportunity to rehabilitate themselves. After a specified period of disqualification (the “disqualification compliance period”), which is significantly shorter than the statutory minimum disqualification period for the relevant offence, an eligible offender may commence driving a vehicle fitted with an approved alcohol interlock device. This is subject to the offender attending a medical consultation, obtaining an interlock driver licence, and complying with the interlock program requirements.

An offender’s eligibility for the program must be determined by the sentencing magistrate, but participation has previously been voluntary. Where an offender had previously decided not to enter the program, he or she will serve the full period of disqualification imposed at sentencing.

The approved interlock device prevents a vehicle starting, until its driver passes a breath test by blowing into the mouthpiece of the device. Safeguards reduce the risk of the vehicle being driven by an intoxicated driver, even if the vehicle is started by a sober bystander. Failed breath tests may immobilise the vehicle.

From 1 February 2015 new requirements will be placed on NSW drivers convicted of serious and repeat drink driving offences. While previously it was voluntary to complete an interlock Order, the new laws will include a mandatory requirement for certain offenders to fit alcohol interlock devices to their vehicles.

From 1 February 2015, courts will be able to order offenders convicted of high range, repeat and other serious drink driving offences to complete:

The court may grant exemptions only in exceptional circumstances.

The new minimum and maximum interlock and disqualification periods are summarised in the table below: 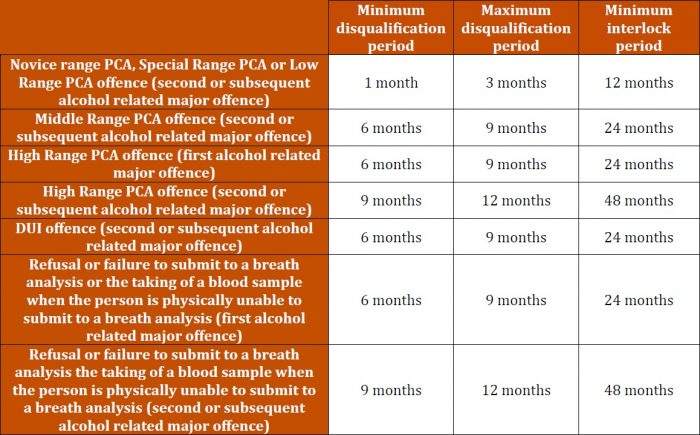 The new mandatory program will introduces significant changes including:

Three technology providers have been selected to deliver the program. They are:

How the interlock program works

Roads and Maritime manages participants during the interlock program. Depending on performance, it may:

An administrative interstate interlock driver licence transfer program will be established for interlock licence holders from other States and Territories who move into NSW so that they can drive using an interlock in NSW.

Why are interlocks a sentencing option?

Drink driving related deaths and injuries on NSW roads make up about 15 per cent of the annual road toll. In 2013, alcohol was a factor in 53 deaths and 993 injuries. During the five years 2008-2012, alcohol related crashes cost NSW an estimated $640 million annually.

Research shows that drivers previously convicted of drink driving are around four times more likely to be involved in a fatal crash than an average driver. The interlock program is designed to help drink drivers separate drinking and driving and reduce this road safety risk. It does this by keeping them in the licensing system on a closely monitored basis, with the interlock physically preventing drink driving.

It has also been found that data monitoring, medical consultations and counselling for interlock program participants may help achieve longer term behaviour change and extend road safety benefits beyond the time an interlock is installed.

Offenders will be affected in different ways depending on the date of their offence and sentencing.

The new program will not change any existing court order. All drivers are subject to the law in place at the time of their offence. The new interlock licence conditions will apply from 1 February 2015.

Note: The Roads and Traffic Authority will not issue an interlock driver licence in certain circumstances, such as if the applicant has outstanding unpaid fines. Your drink driving lawyer can advise you regarding your own personal eligibility to participate in the NSW Alcohol Interlock Program.