We will work hard to ensure your project runs smoothly, is in accordance with the law (government and environmental regulations), and is always completed to the standards you expect.

A building dispute (construction dispute) that doesn’t end with an early resolution can be very costly and stressful for all parties involved.

If such a dispute ends up in Court, it could mean significant delays to the project and cost overruns.

If you are an owner who is looking forward to moving into your dream home, a dispute with your builder could mean you won’t be able to move in when you expected to. In such a situation, you might be forced to rent a property until the dispute is resolved, costing you thousands.

If you are a builder, a dispute with an owner, that ends with a negative outcome in Court, could be detrimental to the future of your business.

In such a situation, your business reputation could become so tarnished by the dispute that it sends stakeholders and potential customers running for the hills.

It’s common for a building and construction project to have a hurdle or two along the way. The most common hurdles are all listed below on this page. Our goal is to ensure these hurdles are quickly and cost-effectively overcome for all parties involved, so the project can get back on track.

Our team of building and construction lawyers will approach your dispute by exploring all available avenues that might lead to an early resolution, including mediation, conciliation and arbitration. If an early resolution is not possible, we will investigate the matter further, before proceeding to defend you in Court.

What are the most common types of building disputes?

A building dispute over a ‘building defect’ occurs as a result of an allegation relating to the competency of the builder’s workmanship. In this situation, generally the owner, amongst other things, claims that the builder has failed to comply with the specifications outlined in the contract or general Australian building standards.

We find that the most common building defects are issues with the:

A construction dispute over ‘incomplete work’ occurs as a result of an allegation relating to the builder failing to complete their work. In this situation, generally the owner, amongst other things, claims that the builder has failed to complete a building-related project according to specifications outlined in the contract.

We find that the most common incomplete work disputes occur because either:

The most common reaction from an owner or builder who is placed in this situation is to immediately terminate the contract.

If you are an owner or builder in this situation it is important that you seek legal advice before hastily terminating the contract, as you could become liable for the outstanding amount of the contract if you terminate it without a valid reason.

Either way, the risk of being liable for the outstanding amount is too great to risk not seeking legal advice as early as possible, in an attempt to come to a resolution.

A construction dispute related to a ‘strata scheme’ could occur between two or more of the following parties:

A strata scheme dispute can occur between any of these parties and because each party wants an outcome that is in their best interests, these disputes are generally quite complex, which is why it is prudent to seek legal advice as early as possible.

For example, 2 years after a building project has been completed, one of the individual owners complains to the strata management company that the tiles on their front porch are cracking and they would like the tiles replaced. The owner claims the cracking is a result of the builder’s poor workmanship and, because of this, they want the strata manager to get the builder or insurance company to rectify the issue. Both the builder and insurance company respond by claiming that they are not liable. The owner then suggests that the money should come out of the owners’ corporation maintenance fund, but all of the other owners disagree, instead they believe the owner should have to foot the bill because they observed the owner dropping a heavy piece of furniture on the tiles earlier in the year. In such a complex situation, it is very difficult for all the parties to come to a resolution without the advice of a lawyer.

Please see our related page on these types of disputes…

A construction dispute over ‘building negligence’ occurs as a result of an allegation that the builder was negligent by having done defective work, which consequently means they failed to honour the duty of care they owed to the owner. In this situation, generally the owner, amongst other things, claims that the builder’s defective work breached a duty of care and caused them to suffer a loss (financial, physical or otherwise).

For example, if a builder’s defective work resulted in a catastrophic injury to a member of the owner’s family, the potential damages that the builder might be liable for could be in the hundreds of thousands.

If such a dispute was to progress to Court, the owner would need to show that the loss they suffered was a direct result of the builder’s negligence and wouldn’t have occurred had the builder completed the project to a satisfactory standard. Whether you are the owner claiming you have suffered a loss or the builder defending such an allegation, these types of matters can be quite costly and lengthy if they do progress to Court, which is why you need to seek the advice of a lawyer as early as possible, as this will give you the greatest chance of seeking an early resolution before it needs to go to Court.

A construction dispute over ‘non-payment’ occurs as a result of an allegation that the owner has not provided full payment to the builder, and/or has not provided payment on-time, in accordance with payment schedule outlined in the contract.

In this situation, the builder may also have a right to seek compensation for any loss they suffered as a result of not being paid the full amount or not being paid on-time.

For example, if the builder’s company is not paid on-time and they expected the payment to come a specific date that was specified in the payment schedule, they then might not have the cash required to pay their employees and suppliers, which could be detrimental to the building company’s future and reputation in the industry.

It is also common for an owner to withhold payment because they are not satisfied with the builder’s work (defect, incomplete work or negligence). In this situation, the owner might make an allegation against the builder, while the builder initiates a non-payment dispute at the same time.

Non-payment disputes fall under the Building and Construction Industry Security of Payment Act (1999) and require the expertise of a lawyer who is familiar with the relevant security of payment (SOP) laws.

Note: A builder cannot demand advance payment, nor can they alter the payment schedule outlined in the contract without the approval of the owner.

For more information on the Building & Construction industry, check out the following links:

Why should you involve a lawyer at the start of your building project? 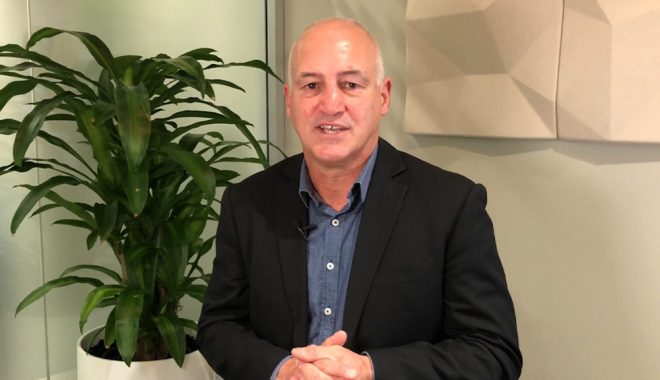 When Should I Speak to a Lawyer