› Blog Articles › The Statutory Warranties Available Under The 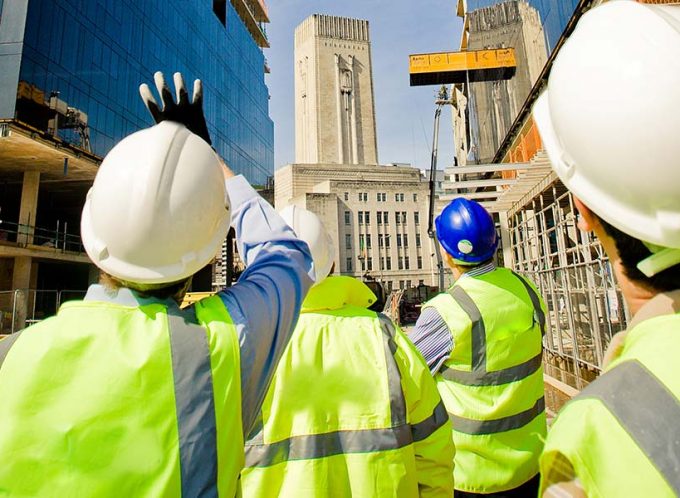 1. Section 18B of the Home Building Act, 1989, provides that whenever licensed contractors carry out residential building work, there is implied into the contract certain warranties which may not be avoided. They are:

(a) a warranty that the work will be performed in a proper and workmanlike manner and in accordance with the plans and specifications set out in the contract;

(b) a warranty that all materials supplied by the holder or person will be good and suitable for the purpose for which they are used and that, unless otherwise stated in the contract, those materials will be new;

(c) a warranty that the work will be done in accordance with, and will comply with, this or any other law;

(d) a warranty that the work will be done with due diligence and within the time stipulated in the contract, or if no time is stipulated, within a reasonable time;

(f) a warranty that the work and any materials used in doing the work will be reasonably fit for the specified purpose or result, if the person for whom the work is done expressly makes known to the holder of the contractor license or person required to hold a contractor license, or another person with express or apparent authority to enter into or vary contractual arrangements on behalf of the holder or person, the particular purpose for which the work is required or the result that the owner desires to achieve, so as to show that the owner relies on the holder’s skill and judgment.

2. The effect of this legislation is to incorporate into every residential building contract those terms as if they were warranties which the parties had agreed would bind the builder at the time when the contract was signed. They have effect as terms of the building contract and may be sued upon if the builder breaches any of them.

3. The benefit of the warranties provided by Section 18B of the Act is extended to subsequent owners by reason of Section 18D of the Act which is in the following terms:

“A person who is a successor in title to a person entitled to the benefit of a statutory warranty under this Act is entitled to the same rights as the person’s predecessor in title in respect of the statutory warranty, except for work and materials in respect of which the person’s predecessor has enforced the warranty.” (emphasis added).

5. It is a further principle of the common law of contract that when a breach has occurred, whether of warranty or condition, and the aggrieved party has sued upon it and obtained a judgment, no further action for breach will lie in respect of that contract. In building cases, this is called the “Onerati Principle” and is said to give effect to the public policy principle that controversies should be quelled finally and that there should be an end to litigation. Lawyers refer to this as “res judicata,” a Latin phrase which means “matter decided.” Otherwise, there would be the risk that disappointed litigants could keep coming back to court either to seek a better outcome or to have the previous outcome overturned. In building cases, disappointed owners would be able to sue in a different case for every defect. Commercial life would quickly grind to a halt.

6. In 1998, Mr Neville Honeywood was a builder. On 26th April that year he entered into a contract with Craig and Kylie Munnings to build their home. The building contract was one to which the Home Building Act, 1989 applied and it therefore attracted the warranties set out in Section 18B referred to above.

7. Some aspects of the building work were unsatisfactory. There were problems with the plumbing, internal stairs and a handrail. There was also a claim of defective work in relation to a spoon drain at the bottom of a retaining wall.

The First Proceedings in the NCAT

9. Mr Honeywood died on 12th November, 2002. His widow became the executrix of his estate and thereafter acted as his personal representative in proceedings which were brought against him.

The Second Proceedings in the NCAT

10. On 20th September, 2001, Mr and Mrs Munnings commenced further proceedings in the NCAT against the Estate of the late Mr Honeywood seeking damages for defective work which was different from the work for which they had earlier been compensated and of which they said they had been unaware at the time of the earlier proceedings. The second proceedings were for inadequate waterproofing of the house which the Munnings said they did not discover for some twelve months after the first proceedings had been determined. The NCAT proceeded to hear the case, found the complaints established and made an order against the estate of the late Mr Honeywood.

The Appeal to the Supreme Court

11. Mrs Honeywood, as Executor of the estate of her late husband, went to the Supreme Court and sought to have the order of the NCAT set aside.

12. It is important to understand that appeals to the Supreme Court are generally only allowed on points of law. That is to say, it is not open for dissatisfied parties merely to go to the higher court and complain that they did not like the result they achieved at trial. In order to have a right to appeal an appellant must be able to show that the judge of first instant made a mistake as to the law. As the High Court said in Swain v Waverley Municipal Council [2005] HCA 4, in the common law system of justice, the issues between the parties are determined by the trial process. The system does not regard the trial as merely the first round in a contest destined to work its way through the judicial hierarchy until the litigants have exhausted either their resources or their possibilities of further appeal.

13. In her appeal, Mrs Honeywood said that the NCAT should not have allowed the second set of proceedings because her husband had already been sued for breach of contract, had sustained a judgment against him, had paid damages, and that the breach of contract proceedings against him should therefore have been at an end. She relied on the following statement of the Supreme Court in an earlier case called Onerati v Phillips Constructions Pty Ltd (1989) 16 NSWLR 730 (“Onerati”) where the Judge said:

14. The Court disagreed with Mrs Honeywood’s submissions and said that, as the words of Section 18D of the Act would be rendered meaningless if her submission was correct and as the Parliament cannot be presumed to have intended to legislate meaningless provisions in its legislation, it must have intended, by enacting Section 18D, to have abolished the defence of ‘res judicata’ in building contracts. Mrs Honeywood’s appeal was dismissed.

15. Because appeals to the Supreme Court from Tribunals are dealt with by a single judge, there was a further avenue of appeal available to Mrs Honeywood in that she could go to the New South Wales Court of Appeal which she then did.

The Appeal to the New South Wales Court of Appeal

16. In the Court of Appeal, the three judges constituting the Court took a different view from the Tribunal and the Supreme Court. They said there was nothing in the text of Section 18D to suggest that the Parliament had intended to abolish the defence of “res judicata” and that, had Parliament so intended, it could have said so directly. The Court noted that there was nothing in the Second Reading Speech or the Explanatory Statement which disclosed such an intention. They thought that the Parliament may simply have misunderstood the law and thought that the law was otherwise than as decided in Onerati. The presiding judge said:

“But even if Parliament did think the law was otherwise than as decided in Onerati, the existence of such a belief does not necessarily operate as a positive enactment.” He quoted from an old English case called IRC v Dowdall, O’Mahoney & Co Ltd [1952] AC 401, at 417, where the House of Lords had said: “There is a difference between Parliament exhibiting an erroneous opinion as to the existing law and enacting that that law shall be changed.”

For these reasons, the builder’s appeal succeeded and the orders of the NCAT and the Supreme Court were quashed.

Parliament Strikes Back Some more legislation

18. After the Court of Appeal handed down its decision in Honeywood v Munnings the Parliament wasted no time in amending the Act by enacting the Home Building Amendment (Statutory Warranties) Act, 2006, which received assent on 27th November, 2006. It provided a lengthy new Section 18E which:

(a) said proceedings must be commenced before the end of the warranty period;

(b) provided a warranty period of 6 years for a structural defect or 2 years in any other case;

(c) provided a commencement period (completion of the work) for the calculation of the warranty period;

(d) provides that if work not completed the warranty period starts to run:

(e) if the breach of warranty becomes apparent within the last six months of the warranty period, the limitation period is extended by six months.

Significantly, the new Section 18E provides that, where a person entitled to the benefits of the statutory warranties under Section 18B of the Act have already taken proceedings, they may take further proceedings under the same warranty for deficiency of a different kind of work if:

(a) the other deficiency was in existence when the warranty period commenced; and

(b) the person did not know, and could not reasonably be expected to have known, of the existence of the other deficiency when the warranty was previously enforced; and

(c) the proceedings to enforce the warranty in relation to the other deficiency are brought within the limitation period.