Our team of highly experienced Insolvency Lawyers provides legal advice and services for all aspects of insolvency and corporate restructuring.

We understand that when your company or business is facing a financial crisis, the situation can often feel overwhelming, which is why we strive to take the stress out of insolvency and help our clients resolve all related matters as quickly as possible. We pride ourselves on the personal service we provide to all our clients and our ability to provide the highest quality of advice.

To assist you we have prepared these Insolvency Legal FAQs:

Insolvency refers to a person or company being unable to pay their debts when those debts are due. If they are in this situation a person or company is considered to be ‘insolvent’. From a legal perspective, the Corporations Act 2001 defines a person who is not solvent as being insolvent (s.95A (2)).

2. How do you determine if a company is insolvent?

To determine if a company is actually insolvent the following question is asked: Is the company financially able to pay (in full) all of its debts as and when they are due? To answer this question the following must be considered:

If it is determined that a company is insolvent it is an offence if the directors of that company continue to operate and incur more debts.

If you are a Company Owner or Director in NSW and you think you might be trading insolvently, you should immediately contact an Insolvency Lawyer to discuss your situation and obtain advice.

3. What are the early indicators that a company might be insolvent?

According to ASIC, there are a number of early indicators that can help a company identify if they are on the road to insolvency.

If you are a Company Owner or Director in NSW who is experiencing more than one of these early indicators, you should contact one of our Insolvency Lawyers to discuss your situation and obtain advice.

4. If a company is found to be insolvent, what are its options?

There are three options available to companies that are found to be insolvent. They are:

Liquidation is often referred to as ‘Winding Up’ and involves realising all assets (including property) to cover debts. A ‘Liquidator’ is appointed who determines the value of assets and sells them, whilst taking into the rules established by the Corporations Act. The company will then be deregistered and will cease to exist.

Administration is a statutory process provided by the Corporations Act. It is a form of insolvent administration by which either the company’s directors or, sometimes, a secured creditor, appoints a Voluntary Administrator who takes control of the company, investigates its history and financial affairs and makes a recommendation to creditors about how they should vote in respect of the company’s future. Creditors may decide one of three things, that is, either to return the company to its directors (although in practice this rarely happens) or to place the company into liquidation or finally, if the directors have proposed a Deed of Company Arrangement (DOCA), to allow the company to continue trading subject to the terms of the DOCA which usually requires the directors to establish a fund for payment out to the creditors of a dividend in respect of their claims. The benefits of a DOCA are that the company may continue to trade and the creditors usually receive more than they would receive if the company were to be placed into liquidation.

The term “receiver” usually applies to the appointment of a controller whose appointment comes either from the terms of a debenture or charge given by the company to a secured creditor such as the bank. It also applies to a person appointed by the Court to take control of specific assets for a particular purpose as, for example, when there is a breakdown in a personal relationship between trading partners who are not able to agree on how their company should be conducted. Broadly speaking, a receiver’s responsibilities are usually to a single secured creditor such as the bank whereas a liquidator’s responsibilities are to the general body of unsecured creditors.

If you are a Company Owner or Director in NSW who is operating a company that could be insolvent and you are not sure which of these options will apply to your situation, call an Insolvency Solicitor to obtain advice.

5. What is the difference between Liquidation and Bankruptcy?

The term “Insolvency” is a generic term which applies equally to companies and to individual persons. As discussed above, any person or company who is not able to pay his/her/its debts when they are due is said to be insolvent. If a company becomes insolvent then it may enter into some form of insolvent administration, either liquidation or external administration, as discussed above. If an individual person becomes insolvent then he or she may enter into some form of personal insolvency administration such as one of the following:

If a person is unable to pay his or her debts when they are due, then a creditor to whom there is owed at least $5,000.00 may apply to the court for an order sequestering the debtor’s estate (which means placing them into bankruptcy). If a person is insolvent and wishes to obtain relief from his/her creditors he may file a debtor’s petition admitting himself to bankruptcy. As with corporate insolvency arrangements under the Corporations Act, the Bankruptcy Act provides some other less formal debtor arrangements such “debt agreements” and “personal insolvency agreements” (sometimes referred to as Part X agreements). These provide some measure of relief against creditors without the harsh consequences of bankruptcy.

Personal insolvency puts the bankrupt in a position of financial disability for a period of three years or such further period as may apply when the period of bankruptcy to which the bankruptcy might be extended. It means that they must forfeit to their trustee any real estate they own, together with money held in bank accounts, motor vehicles and other personal property for distribution to the creditors of their bankrupt estate. They may not, without permission, apply for credit or loans and may not otherwise incur debt. If they are in employment they must make contributions to their bankrupt estate for the benefit of their creditors. One of the most enduring consequences of bankruptcy is a permanent record on their credit rating. Generally a bankrupt may not travel outside of Australia without permission of their trustee while they are bankrupt.

6. What are the consequences for a Director of a company, if that company becomes insolvent?

If you are a Director of a company that becomes insolvent there are some serious consequences to consider:

Insolvency is serious and is something that all company owners and directors should avoid at all costs.

If you are a Company Owner or Director in NSW who wants to avoid insolvency you should contact one of our Insolvency Lawyers to begin putting in place processes and procedures designed to identify the early indicators mentioned earlier and protect against them.

Insolvency, either personal or corporate, is a serious matter which can have far reaching consequences.

It should be avoided where possible and anyone either facing the threat of insolvency or contemplating a form of self initiated insolvency should seek professional help from one of our Insolvency Lawyers as early as possible so that we may address the problem and propose a plan before the matter reaches a crisis point. 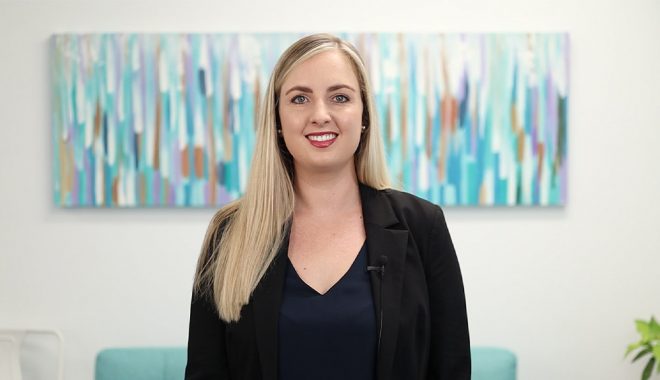 Do you own or rent a commercial premises?