› Blog Articles › What happens when you burn down your house during a separation to avoid transferring it to your ex? 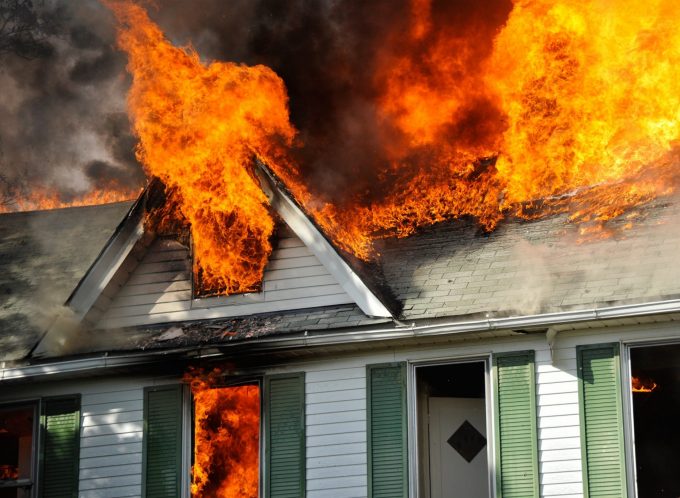 What happens when you burn down your property during a property settlement to avoid transferring it to your former partner?

When fire fighters attended upon a property in Wollongong in the early hours of 4 August 2016 they discovered that the owner was sitting with his dog calmly watching his house going up in flames.

Mr Krste Kovaceski was the sole legal owner of the property and had decided that he would burn down the property so that his ex-wife could not receive the property in the party’s property settlement before the Federal Circuit Court of Australia.

Mr Kovaceski was charged with the offence of destroying/damaging property. It is an offence under the New South Wales Crimes Act which carries a maximum penalty of 10 years imprisonment.

Under the Crimes Act a personally who intentionally or recklessly destroys or damages property can only be found guilty of the offence, if, the property belonged to another person or jointly with another person at the time of the destruction/damage.

As the property was owned solely by Mr Kovaceski and whilst it is likely that Mr Kovaceski has a criminal of defence to his actions, the Federal Circuit Court will take a very different approach to his behaviour.

Any waste, destruction or dissipation of assets can be taken into account against a party who caused this to occur in a property settlement.

An example occurred in the case of Cordell & Cordell (1977) where the wife had substantially damaged the former matrimonial home during the period that she resided in it after the separation of the parties. This was taken into account against the wife in the property claim. Justice Wood said:

“I am of the view that, if the value of the assets of the marriage are diminished or destroyed by reason of the conduct of the claimant party, then that is a matter to be taken into account against that party in determining whether it is just and equitable that any order should be made under s 79 and in determining the nature of that order, and, if it be an order for a lump sum or settlement, the amount to be awarded or settled.”

A further example occurred in the case of Kowaliw & Kowaliw (1981) where Justice Baker stated:

“As a statement of general principle, I am firmly of the view that financial losses incurred by parties or either of them in the course of a marriage whether such losses result from a joint or several liability, should be shared by them (although not necessarily equally) except in the following circumstances:

a) where one of the parties has embarked upon a course of conduct designed to reduce or minimise the effective value or worth of matrimonial assets, or

b) where one of the parties has acted recklessly, negligently or wantonly with matrimonial assets, the overall effect of which has reduced or minimised their value.

Conduct of the kind referred to in para (a) and (b) above having economic consequences is clearly in my view relevant under s 75(2)(o) to applications for settlement of property instituted under the provisions of s 79.”

Therefore, whilst there may be some short-term gratification that comes from the thought of depriving your former partner of assets in a property settlement, the act if carried out can have significant criminal and financial implications.

If a party destroys or damages assets it will often result negatively upon them during the final settlement and the very act that they set out to achieve, being that they wish to deprive their partner of a specific asset will likely result in their partner receiving other assets of equal or greater value and the person who caused the damaging being left with significantly less.

If you are going through a property settlement, we recommend that you obtain specialised family law advice so that you can appropriately deal with the division of any assets and/or liability post separation in a way that will benefit you in the long term. If you have any further questions, or a family law matter, please call contact our Family Law Team today. A member of our Family Law Team will endeavour to respond to your enquiry within 24 hours