› Blog Articles › What do I need to include in an effective restraint of trade clause in an employment contract? 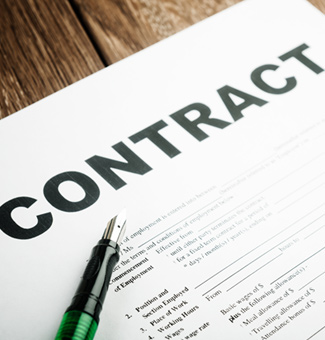 The Supreme Court has once again revisited the subject of restraint of trade clauses in employment contracts. The result has not been encouraging for employers in professional services firms wishing to protect their hard earned investment in good will against the ravages of former employees who leave and compete in business against their former bosses.

On 1st March, 2010, the Court delivered its judgment in the case of Stacks/Taree v Marshall [No.2] [2010] NSWSC 77. The facts were that Mr Marshall had been an employed solicitor for Stacks/Taree for five years from 2004 until the end of 2009. At the commencement of his employment he signed a contract with Stacks. It contained a number of provisions restraining him from soliciting clients of the firm and from practicing as a solicitor within a radius of ten kilometers of the Post Offices at Taree and Wingham for a period of twelve months after the termination of the contract. At the end of his employment with Stacks, Mr Marshall accepted a position with another law firm whose offices were located about 550 metres from the offices of Stacks. Stacks then sued him for breach of his contract.

In dealing with the case, the Court proceeded from the footing that consideration of contracts in restraint of trade requires recognition of two competing principles. The first is the principle that contracts freely negotiated should be respected and enforced according to their terms. The second is the public interest in competition and the promotion of economic efficiency. These two principles collide where a clause in a freely negotiated contract seeks to restrain one of the parties from competing with the other in certain defined circumstances.

In attempting to reconcile these two competing principles in the present case, the Court analysed the principles which apply to such matters generally. They are:

(a) Generally at common law, a restraint of trade covenant is contrary to public policy and void unless it can be shown that, in the circumstances of the case, it is reasonable;

(b) In New South Wales, the common law position has been displaced to some extent by the Restraints of Trade Act which provides that such a covenant is not invalid to the extent that it is not against public policy.

(c) The burden of proving that the restraint goes no further than is reasonably necessary lies on the party seeking to enforce the restraint (usually the employer);

(d) The burden of proving that the restraint is harmful to the public interest lies on the party seeking to establish that this is so (usually the employee);

(f) The validity of the restraint is to be tested at the time of entering into the contract and not by reference to later events;

(h) An employer is not entitled to protection against mere competition;

(i) An employer is entitled to protection against the use by the employee of knowledge obtained by him of is employer’s affairs in the ordinary course of trade;

(j) The knowledge must be more than simply the skill and knowledge necessary to equip the employee as a possible competitor in trade, but the obtaining of personal knowledge or acquaintance with the employer’s trade secrets as would enable the employee to exploit that knowledge in breach of his duty of confidentiality;

(k) An employer’s customer connection is an interest which may support a reasonable restraint of trade but only if the employee has become “the human face of the business” namely the person who represents the business to the customer;

(l) The effect of the Restraints of Trade Act 1976, is to allow the restraint of trade to be “read down” so as to be valid to the extent necessary to protect the legitimate interest of the employer.

The Court considered that there might be some minor qualifications to (l), (f) and (g) above but, broadly, these are the principles by which restraint of trade clauses will be judged.

The Court found that the question of the validity of a covenant in restraint of trade is “not really a question of law” and must be determined having regard to the facts of each individual case.

In the case at hand, the Court considered that, whilst a period of twelve months from termination of employment was not excessive to protect the legitimate interests of the employer, the terms of the restraint preventing solicitation from all of the firm’s clients (as opposed to clients for whom Mr Marshall had been acting) were excessive and unnecessary to protect the interests of Stacks in preserving the value of its business. In reaching that conclusion the Court had regard to the following factual matters from the evidence:

(b) there was no evidence (and no suggestion) that Mr Marshall would not honour his undertaking to the Court;

(c) Stacks was a third generation law firm practicing in the Taree and Wingham areas and had built up its reputation over a period of eighty years so that it was unlikely that Mr Marshall’s departure from the firm would have any significant impact on the presence of Stacks in the local business community of Taree.

(d) In the circumstances the restraint of trade covenant which Stacks sought to enforce went beyond the legitimate interest of protecting their good will.

For these reasons the application for enforcement of the restraint of trade covenant was dismissed and Stacks was ordered to pay Mr Marshall’s costs.

Cutting through all the technical legal jargon, Stacks’ restraint of trade clause went too far – it did more than protect Stacks’ goodwill, it was anti competitive.

Drafting an enforceable restraint of trade clause in an employment contract first requires an understanding of the goodwill to be protected and how that goodwill was acquired.

Goodwill is the reputation a business has that causes customers or clients to continue to use it. Reputation (or goodwill) is acquired through the relationships formed by the business’ owners and employees and the quality of the products and services provided by the business.

This is necessarily a very brief overview of the case. It does not deal with the many technical issues which arose for consideration by the Court. However, it does illustrates the point that restraint of trade clauses in agreements for the sale of businesses and employment contracts are complex matters which should be considered thoughtfully and addressed properly with legal advice.