› Blog Articles › If You Don’t Make A Will Like Prince, Who Will It All Go To? 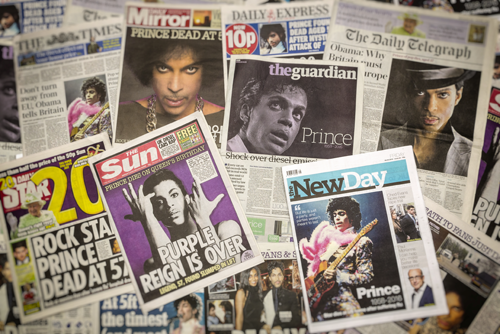 If like Prince, you die without having made a Will, who will your Estate go to?

It is surprisingly not uncommon that many celebrities worth millions die without a Will.

Soon after the death of music superstar, Prince, who died on 21 April 2016, his sister, Tyka Nelson, claimed the musician died intestate, literally meaning “without a Will“.

If this is so, Prince will join other such well-known musical artists including Jimi Hendrix, Bob Marley, and Amy Winehouse, who died intestate.

What happens in such a situation where someone dies without a will?

Who gets the millions left behind by Prince Rogers Nelson?

The answer lies in the intestacy laws of the jurisdiction of the primary domicile (residence) of the deceased.

In the circumstances of Prince, the estate laws of Minnesota, USA, would likely apply.

Intestacy laws govern how an estate is divided in the absence of a Will. Such laws vary between jurisdictions.

For example, Stieg Larsson, author of the Girl with the Dragon Tattoo book series, who died intestate with assets estimated at $50 million, was survived by his de facto partner, Eva Gabrielsson.

However, despite their 30-year de facto relationship, under the relevant Swedish intestacy law, unmarried partners have no right of inheritance, and his estate passed to his father and brother, despite being estranged from them.

This is contrasted to intestacy law in New South Wales, where a de facto partner is recognised as a legal spouse for the purposes of intestacy, but only if the relationship existed for 2 years prior to the deceased’s death.

In New South Wales, for the most part, under intestacy laws assets are divided in order of the surviving class of relatives to the deceased as follows:

As the NSW intestacy law is similar to Minnesota, as Prince died with no surviving spouse, children, or parents, then his siblings (of which he had 6), would benefit equally in his estate if he is found to be intestate.