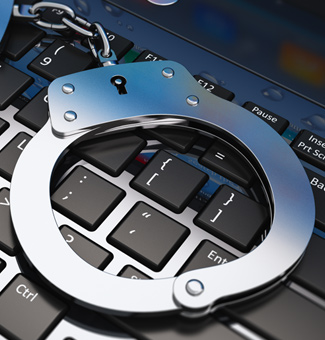 Note: If an individual is exposed to cyber bullying, cyber stalking and/or cyber harassment the matter should be reported to NSW Police.

Cyber bullying, cyber stalking and cyber harassment has increased in focus due to technological advancements and the ease of anonymity on the internet. Since 2015 all NSW police offices have been trained in how to investigate cybercrime.

There are numerous laws that criminalise cyber bullying, cyber stalking and cyber harassment. A selection of these offences are as follows:

Cyber stalking is one of many forms of stalking. Under the Crime (Domestic and Personal Violence) Act 2007 (NSW), stalking includes the following of a person about or the watching or frequenting of the vicinity of, or an approach to a person’s place of residence, business or work or any place that a person frequents for the purposes of any activity.

Stalking involves a persistent course of conduct by a person which are intended to maintain contact with, or exercise power and control over another person. Staking can include:

Charges for intimidation will often be accompanied by an application for an Apprehended Personal Violence Order.

Commonwealth law criminalises cyber bullying and cyber harassment, but does not provide for a general offence for them. The Commonwealth Criminal Code, provides for an offence of ‘using a carriage service to menace, harass or cause offence’ and ‘using a carriage service to make a threat’. These sections below capture conduct amounting to bullying and harassment, for example, via the Internet, including social media, and telephone.

In R v Hampson [2011] QCA 132, the District Court at Brisbane sentenced a man (Mr Hampson) who posted a number of offensive pictures and comments on the Facebook tribute pages to several dead or missing children. He was sentenced to 3 years imprisonment with release after 12 months. On appeal that sentence was amended to 2 years imprisonment and an Order that he be released after serving 290 days in custody upon entering into a recognisance in the sum of $1,000 conditioned on his being of good behaviour for 2 years.

In Agostino v Cleaves [2010] ATSC 19 the ACT Magistrates Court sentenced a man (Mr Agostino) in relation to a charge that he used the Internet in a way that a reasonable person would regard as menacing. He was sentenced to 6 months imprisonment for sending threatening messages on Facebook, including threats to kill the victim and his family after the victim commenced a relationship with a former partner of Mr Agostino.

Ms Ogawa was sentenced to 6 months imprisonment on each charge to be served concurrently with Ms Ogawa to be released after having served 4 months upon giving security by recognisance in the sum of $1,000 on condition that she be of good behaviour for a period of 2 years.