› Blog Articles › Character References: Everything You Need to Know 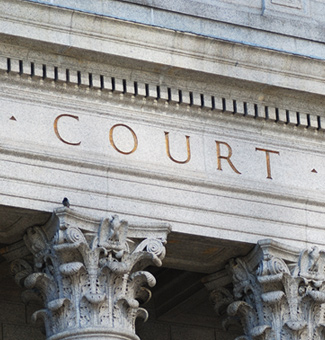 What is a Character Reference?

Who can write a Character Reference?

How do you write a Character Reference?

1. Personal Details – A character reference starts with the personal details of both parties.

2. Acknowledgement of Offence – A character reference must acknowledge that the person is aware of the offence and the circumstances in which it was committed. An employment or other similar reference will not be considered by a Court.

4. Opinion of Character – The body of the character reference should include a detailed opinion of the other person. This is usually done by outlining the person’s positive personality traits, values and/or beliefs, remorse for the offence, personal circumstances which may have contributed to the offence, and the effect that the offence of the offence will have upon the person (it is extremely important not to shift blame for the offence being committed however it is relevant for the Court to be aware of such circumstances, for example, in drink driving cases to confirm to the Court the outcome of a loss of licence).

5. Evidence of Character – The reference should state specific relevant examples to back up each statement (where appropriate). For example, if the other person is being described as honest and trustworthy, it would be helpful to include a specific example of how that person demonstrated they were honest and trustworthy in the past.

What are some tips for writing a good Character Reference?

1. A character reference needs to be clear and legible in order to properly assist the Court. For this reason, it is recommended that it is always typed out, not handwritten.

2. The Court is always time poor and Judges/Magistrates do not want to read pages of irrelevant text. For this reason, it is recommended that the character reference is no more than 2 pages in length, preferably only 1. The referee should aim to be succinct and ‘to the point’.

3. A character reference should not be critical of the law nor suggest the penalty that should be imposed.

4. If the referee has a formal position or any recognisable qualifications, it is recommended the referee use their organisation’s letterhead when printing the character reference. This clearly communicates who the referee is to the Court.

5. A character reference should always be proof read (by someone other than the referee) before it is submitted to ensure there are no spelling or grammatical errors. Our firm can assist with this if required.

7. An offence should never be noted to be out of character if a similar offence has occurred in the past. Not only is it an offence to state anything which is untrue or to mislead the Court, a reference will hold little weight if the Court is aware that it contains any material which is incorrect.

8. Ensure the formatting is as clear and legible. Our recommended style of formatting is 1.5 line spaced text, normal margins and a standard font such as Times New Roman or Arial.