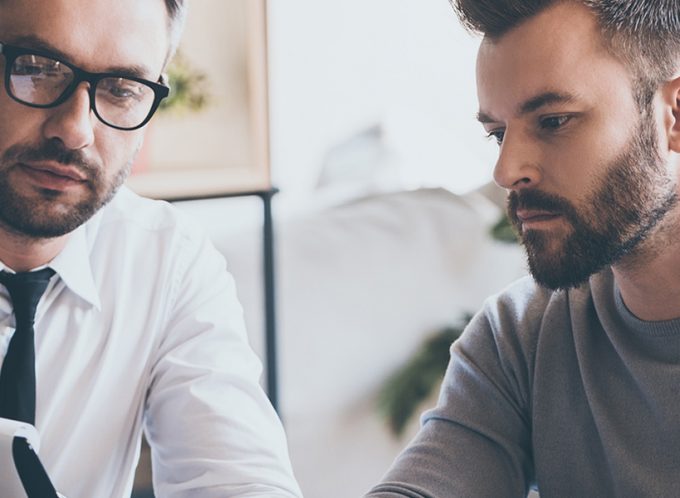 Consider this hypothetical scenario: Joe, a successful financial advisor, has just completed his 10th year in business. The recent economic recession is looking more distant every day that passes, and experienced financial advisers like Joe are enjoying a steady increase in new clients. However, just as Joe reaches his office one day, a letter arrives. It’s from lawyers acting for one of his former clients, Bob Smith. Bob was one of the “unlucky” ones: all his savings were invested in MFS, a now-defunct finance company, and he lost the lot. Although Joe hasn’t seen Bob for nearly two years, he vividly recalls Bob’s anger at learning about the loss of his savings. Bob had demanded that Joe reimburse his losses … “it was your advice I followed … it was your fault … I’ll sue you”, he’d said. However, Joe didn’t hear from Bob again after that. Until now.

Joe looks at the lawyer’s letter, and sees that Bob is seeking over $500,000, alleging “negligence” by Joe.

“It’s just as well I’ve got insurance for this,” Joe says to himself.

Joe then tracks down his current Professional Liability Insurance policy, which was taken out just a few weeks ago. The insurance company had offered a much lower price than Joe’s previous insurer, so Joe made the switch when the old policy came up for renewal.

The first page of the current policy contained a section headed “Notice to the Insured”, which included the following:

“1. This policy provides cover on a claims made and notified basis.

2. A claim must be made against the insured during the period of insurance.

3. The insured must notify the insurer in writing of such claim during the period of insurance.”

Joe feels reassured by this, and contacts his insurance broker to get a claim form. While completing the claim form he comes to the question “State the date you first became aware of the possibility that a claim might be made.” Joe writes down the date when Bob confronted him nearly two years ago.

A few weeks later, the insurance company tells Joe his claim is declined … because Joe failed to disclose Bob’s earlier demand, when Joe applied for the new policy. The very next day, Joe gets a further letter from Bob’s lawyers, threatening to start court proceedings if payment is not made “forthwith.” Joe gets out his old liability policy. After all, Bob’s demand was made when that policy was in force … “Perhaps that insurance company will meet the claim”, he thinks. However, the terms of that policy are much the same as the current one, requiring Joe to give notice to the insurer during the period of insurance. Now, instead of his insurance company handling the claim, and their lawyers dealing with Bob’s lawyers, Joe will need to engage a lawyer at his own cost, and may end up selling his home or taking out a larger mortgage to pay Bob’s claim. Even if Bob is unsuccessful, Joe could be left with significant legal bills.

Although Joe’s case is hypothetical, variations of this scenario are all too common, as professionals and businesses wrestle with the complexity of claims made insurance policies. Unlike conventional policies, such as building and vehicle insurance, which are on an “occurrence” basis, Professional Liability Insurance covers claims “made” (which typically includes claims notified) during the period of cover, regardless of when the alleged negligence occurred.

The big advantage – to insurers – of claims made policies, is that the amount of claims for a particular cover period can be determined shortly after expiration of the policy. If, instead, claims were paid against policies in force when relevant negligent acts or omissions occurred, the delay in losses being notified could require an insurer to keep its books open for many years in relation to each policy – and would delay the calculation of profit or loss arising from each policy.

However, an insurer offering claims made cover will want to be sure potential claims are identified (and excluded), where possible, before it goes on risk. This effectively forces an insured person or business to identify all potential claims, and give appropriate notice to the insurance company whose policy is in force at that point in time. Unfortunately, however, identifying a potential claim requires an insured person or business to be alert to circumstances where negligence might have occurred, even if liability is unknown or unlikely.

A person or business in Joe’s situation, where the potential claim was not identified and notified during the correct insurance period, may well end up having to bear the loss themselves. In other cases, where the meaning of relevant policy terms is uncertain, litigation might be necessary to establish an insurer’s liability – a significant distraction from day to day work activities, and also a significant financial drain.

If there is ever any doubt about whether particular circumstances should be notified to a claims made insurer, legal advice should be sought promptly.

If you have any questions, please do not hesitate to contact our Commercial Litigation Team.