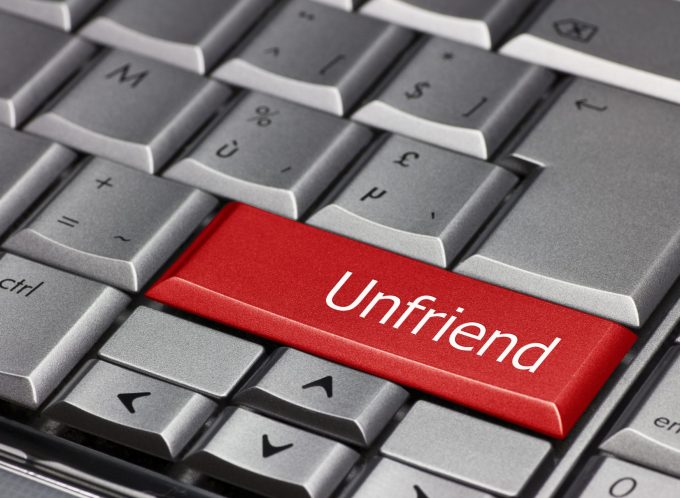 In a recent ruling by the Fair Work Commission (FWC), a real-estate agent (Lisa Bird) who unfriended a colleague (Rachel Roberts) on Facebook after an argument was found to have displayed “a lack of emotional maturity” and that unfriending her colleague was “indicative of unreasonable behaviour.”

As a result, Mrs Bird was found guilty of workplace bullying and the employer was told to issue an anti-bullying order.

The unfriending incident occurred on 29 January 2015 when Ms Roberts made a formal complaint to management that her properties were not being displayed adequately in the real-estate agency’s front window and that Mrs Bird was the one responsible. Mrs Bird, who is the wife of the real-estate agency’s principle, heard the complaint and, while facing Ms Roberts, commented that Ms Roberts was like a “naughty little school girl running to the teacher”. This resulted in Ms Roberts running away crying. Following this, Ms Roberts checked Facebook to see if Mrs Bird had commented about her crying only to find that Mrs Bird had unfriended her.

While unfriending might sound like something that would happen in the school yard, it was quite serious and left Ms Roberts battling with depression, anxiety and a sleep disorder. After seeing a psychologist, she was diagnosed as being unfit for work, which is when she decided to take the matter to the FWC.

So, is unfriending a work colleague on Facebook now considered to be workplace bullying?

No; not by itself. It all depends on context.

In this particular matter, the FWC did not consider unfriending as an isolated incident, instead they saw it as a tipping point that led Ms Roberts to suffer from serious mental health issues.

The FWC took into consideration the fact that Mrs Bird had actually been engaging in unreasonable, hostile and belittling behaviour towards Ms Roberts over a two-year period. Over this period it was found that Ms Roberts had made 18 allegations of workplace bullying against Mrs Bird and that these incidents had compounded over time. These incidents included:

What is the lesson for employers?

Allegations of workplace bullying and harassment generally stem from a pattern of repeated behaviour rather than an isolated incident.

Employers should monitor the interactions of their employees, particularly in situations where there might have been a disagreement, to ensure a pattern of hostile or bullying behaviour does not exist or develop. To that end, it is often helpful to consider the dynamics that exist within the workplace which often provide the catalyst for bullying and/or discrimination to occur. For example:

If you are concerned that a bullying or discrimination issue might exist or be developing in your workplace, then take steps to deal with it or seek guidance from your lawyer or HR professional.

If you are an employer who is facing such an issue, it may be worth considering conducting a formal workplace investigation.