› Blog Articles › How duplication on the internet increases your legal risk 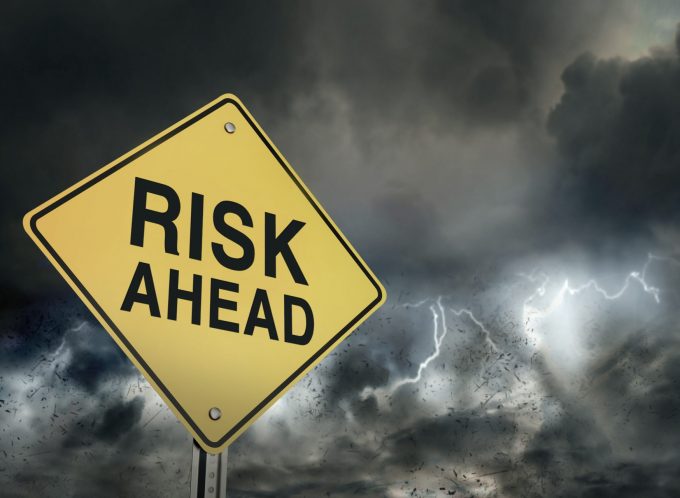 Before the internet came along the copying of original works typically relied on human intervention. A manuscript to be published would go through many hands before printed copies were available in book form. The slow labour-intensive character of distribution systems meant that there were many opportunities to correct an error or withhold an item from public release. The time involved in publishing also operated as a restraint or discouragement, keeping documents and records away from the public eye. This was particularly the case in relation to records maintained by government departments and agencies, that were often maintained in paper-based formats that made duplication difficult and uneconomic.

Fast forward to the 21st century and there has been a significant change in how documents and records are created, stored and disseminated. Many documents now, perhaps the majority of them, are never represented in a tangible form. They start off as electronic documents, and live on “forever” in that digital form.

Even documents that start out as writing on paper or are rendered to paper, are routinely scanned into a digital format to facilitate storage, retrieval, and of course distribution. The net effect of this has been to make previously inaccessible material available to a wide audience. If information is power, we are undoubtedly more empowered than ever before.

A consequence of this digital revolution is a massive, exponential growth in the amount of information at our fingertips, and in our ability to copy and further disseminate this information without effort or significant cost.

However, such distribution by way of the internet, particularly by publishing online, involves a loss of control.

Uploaded material, on the other hand, is out of our control the moment it becomes visible online. At that moment, two significant further steps are virtually inevitable. Firstly, sooner or later the uploaded documents will be indexed by a search engine, most likely Google. You may have heard the recent story of a hapless eBay vendor who put all his client records up on the internet, in what he thought was a “hidden” location, only to find that soon afterwards his clients’ details along with their passwords and other private information were revealed for all to see. This is not an isolated occurrence.

The next thing that happens is that the document, unless it is very mundane indeed, is likely to be duplicated throughout the internet. Search engines themselves often take a snapshot of a visited page which can then be accessed later if the source page becomes unavailable – see, for example, the “cache” link that appears on many Google search items. Regardless of copyright considerations the reality of the internet is that copies of documents and other material proliferate. Many websites encourage this. For example, ezinearticles.com which is one of the largest repositories of articles on the internet allows any other website operator to copy up to 25 articles a year. These articles then form part of the other website, the net effect of this being that some articles are duplicated hundreds or thousands of times across the web. Similarly, some government information (which may include information about court proceedings and other official documents) might be in the public domain or freely copyable for non-commercial purposes, which results in that information similarly being duplicated across thousands of websites.

To a regular user of the internet, none of this will come as a great revelation. But what many users do not realise is the legal risk that can arise from this seemingly innocuous process.

If you upload erroneous information to the internet, knowing that others will rely on it, or include defamatory statements in what you publish, you are just as culpable and liable to be sued as if the information was published in a book or in some other conventional form.

However as noted earlier, the publication of a book involves multiple opportunities to identify and remedy errors and inappropriate content. Web publishing by its very nature is more dynamic and takes place without those traditional checks and balances. Moreover, even after a book is published it might be recalled if an error is found, or if there is some challenge to its content. It is not uncommon for a person who believes he or she has been defamed in a book to bring proceedings seeking to halt sales of the book. In practical terms that opportunity does not exist in relation to information or material published on the internet. It is too late, the cat is out of the bag and removing the offending document from the website that it was first uploaded to does nothing to address the copies held by search engines and the duplicates randomly distributed throughout the web. It is a poetic irony that more salacious material is likely to be duplicated across more websites. It is necessary to assume that from the moment a document is uploaded to the internet, it will remain there permanently in some form or other.

This leads to the problem of material becoming out of date. A good example of this is the situation that occurs when details of a person’s alleged misconduct (such as a record of conviction) are uploaded to the internet, but the allegations are subsequently disproved. Even if the corrected record is then also published online, it is unlikely to be routinely linked to the original record – a search for relevant information about a particular person may show up only the original record, resulting in the wrong information being relied on. There are numerous examples of people who have failed to gain employment positions due to this kind of situation. While it may be incumbent on the prospective employer to rely only on verified information, the reality is that busy employers faced with hundreds of applications for a particular job may not have the time or inclination to double check information that on the face of it appears to be true. However, while there might be something of a grey area around whether a failure to offer employment due to reliance on erroneous information is actionable, there is no doubt that an employer who relies on such information in relation to a current employee, and who dismisses or penalises that employee unfairly, may be liable to damages and other remedies.

Similarly, commercial organisations who rely on information from the internet to make business decisions, or as the basis for representations to clients or prospective clients, run the risk that misrepresentations can and do lead to damages awards and even criminal sanctions. A common misconception is that if the same information is “confirmed” by multiple sources online, that information is probably correct – but this is a fallacy as very often those multiple sources rely on the same original document for their incorrect data.

As more and more information is available only online, and conventional primary sources such as books and printed periodicals become a much smaller part of the information sources pie, we can expect this problem of duplicate information and validation error to increase. To some extent, this situation represents a fundamental flaw in the internet. It is a situation analogous to verbal communications, where facts become distorted as they pass from person to person without reference back to the original (hopefully corrected) source. Extending that analogy, it might be said that the internet is a kind of massive repository of hearsay, but with the added difficulty that it is often hard to tell which are the original sources of information and which are duplicates.

There is no doubt that the internet has enriched our lives, and has revolutionised the distribution of information in a very positive way. However, people and organisations who are careless about the information they publish online take the very real risk of being called to account for misleading a very large audience – the world at large. Similarly, people and organisations who rely on invalidated information gleaned from online searches take the risk that errors in such information will come back to haunt them later.

The short point here is that all online publishing should be subjected to appropriate checks and balances before it is uploaded, and every attempt should be made to double check information sourced online to ensure it is factually correct.